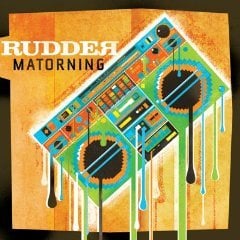 (19/8, 2009): I’m not a big fan of that jazz-rock fusion thang, at least not most of the contemporary stuff, which usually smells like jazzers trying to cash in or rockers with aspirations (but usually not the skill set) to reach beyond the usual 1-4-5. Having said that, this sophomore effort from NYC quartet Rudder slammed me against the wall and wouldn’t let me go. The sax-keys-bass-drums line-up certainly isn’t something new, but these guys put a thoroughly modern and totally electronic spin it. And they aren’t afraid to slather on the funk, either. Yeah, you could drop this on a jam-band crowd – especially one that’s tuned into MM&W – ’cause there’s definitely a deep-dish groove being served up. Or you could just sit back and marvel at the band’s ability to target the feet and the head at the same time. Primo science-fiction jazz-funk.

Be Here Now: Music at the Mahaiwe