JEFF BUCKLEY’s “Grace Around the World”

(Columbia/Legacy, 2009)
When he drowned in Memphis a dozen years ago, 30-year-old Jeff Buckley had completed only one full-length album. But that album was 1994’s audacious “Grace,” and it cemented Buckley’s legacy as a cult icon. 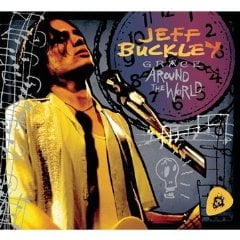 Now that stunning debut album is being celebrated on the occasion of its 15th anniversary with “Grace Around the World,” a CD/DVD combo that presents previously unreleased live versions of the songs from the album. (Benjamin Britten’s “Corpus Christi Carol” is absent from the new compilation. In its stead is the Qawwali-influenced “What Will You Say.”)

Song of the Week: Hallelujah