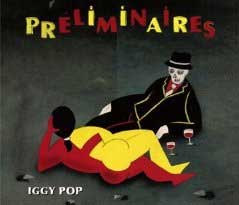 (Astralwerks, 2009): Yes, the Godfather of Punk – the man who once unleashed his raw power upon the world – dives headlong into the world of smokey, slinky, late-night cabaret. How else can you explain this intoxicating slow-brewed album that slides into gear with a rendition of the jazz standard “Autumn Leaves” – sung by Iggy in French?

And the Popster goes bossa nova on ya, too, crooning his way through Jobim’s classic “How Insensitive.” Splitting the difference between Pop’s rock abandon and the rest of this jazz-tinged album is “Kings of the Dogs,” a horn-fueled New Orleans trad jazz rave-up with such canine-related lyrics as “I got a smelly rear/I got a dirty nose/I don’t want no shoes/I don’t want no clothes.” Of course, we love all of Iggy’s dog songs; check out the interactive music video:

Produced by Hal Cragin, who also co-authored half of the tunes with Pop, the album was inspired by the 2005 novel “The Possibility of an Island” written by French writer Michel Houellebecq. And the album cover art was created by the Academy Award-nominated animator and director Marjane Satrapi (“Persepolis”). For more info, audio and videos, check out the Preliminaires blog.