Joe Putrock created an entire exhibition’s worth of photographs in a month. Nothing like a deadline, eh?

Sometimes the best way to kick start your creativity is to set a lofty goal, say, create something every day for a month, or a year or even just a week. Here’s some examples; not all of these artists completely hit their goal, but they definitely hit the mark.

Abbey Ryan paints a painting a day and sells it on Ebay or Etsy:

And so does Duane Keiser

Randel Plowman aims to create a collage every day and sells directly from his website:

Here’s a life, brilliant, inspiring, poignant: Jamie Livingston Took a Polaroid Every Day, Until the Day He Died:

Lots of folks have done the shoot-a-photo-of-yourself-every-day-and-turn-it-into-a-video” thing.

But composer (and former Nippertown resident) Richard Lainhart created a time-lapse video (and a work of art) by taking a photo of a tree in his backyard everyday for a year and overdubbing one of his entrancing musical works: 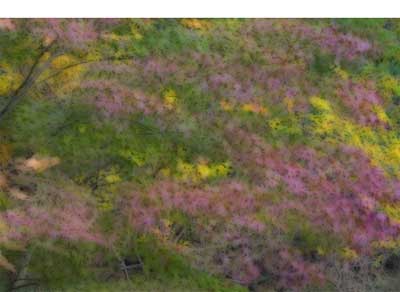 One Year from Richard Lainhart on Vimeo.

The Quiet American, another of my composer friends, is creating an ambitious record of his life: 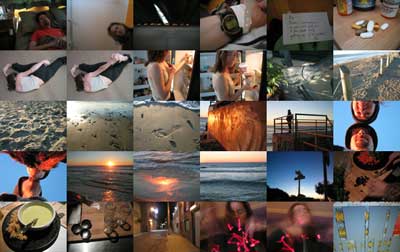 Every day — so far without fail — I take at least thirty digital pictures. From each day’s pictures, I select thirty which in consecutive order well-document the day; these become exactly one second of film at 30fps. For each year, the movie grows by six minutes; in ten years, I will have almost exactly an hour to show for my life.

But wait, there’s more….You must have heard of National Novel Writing Month. By signing up at the site, you declare your intention to complete an entire novel in the month of November. but if that seems too easy, there’s always the 3-day Novel Challenge over Labor Day weekend.

For filmmakers, there’s the 48 Hour Film Project in which your team races to finishes write, shoot and edit a short film in, umm, two days.

For composers and song-writers who never seem to get around to writing or composing, there’s February Album Writing Month, in which the goal is to write 14 original pieces of music during the 28 days of February.

For recording studio procrastinators, there’s the RPM Challenge, where you can sign up to record 10 songs or 35 minutes of original material during the month of February. You can combine this with album writing if you’re especially ambitious.

Need some more inspiration? Paleo wrote, recorded and posted a song on his website every day for a year.

So, what are you going to do?