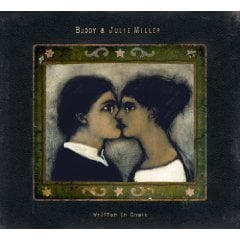 (New West, 2009):
They’ve been making great music individually for more than two decades, but surprisingly enough, this is only the second collaborative effort from the king and queen of the Americana prom. They channel the Band on the nostalgic, opening “Ellis County” and then branch out to the dangerous blues rumble of “Gasoline and Matches,” the heartbroken balladry of Don’t Say Goodbye and much, much more – all of which is simply first rate. Guest vocalists by an A-list of fans and friends including Emmylou Harris, Robert Plant and Patty Griffin.