Yes, you can be among the very first to see “Taking Woodstock,” the new movie from Academy Award-winning director Ang Lee.

Not only that, but you can see “Taking Woodstock” in Woodstock at a very special screening sponsored by the Woodstock Film Festival.

Lee and the film’s screenwriter/producer James Schamus are coming to the Tinker Street Cinema in Woodstock at 3pm on Saturday, August 8 to offer a special one-time-only sneak-peek screening of their upcoming film.

Following the screening of the film – much of which was shot in and around the Capital Region last year – there will be a Q&A session at the theater with Lee, Schamus and Michael Lang, the key promoter of the August 1969 Woodstock Music & Art Festival (and a central character in the movie). 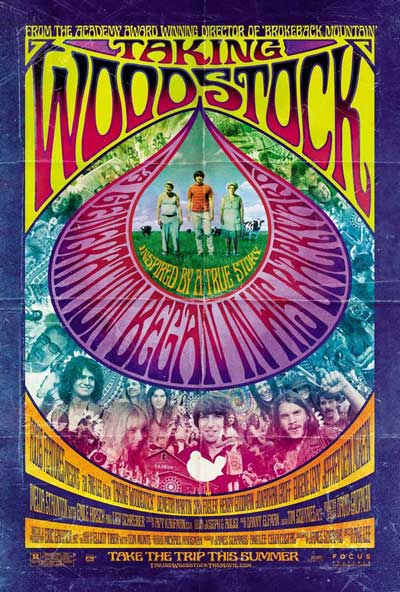 “Showing ‘Taking Woodstock’ in the community that bears its name and spirit, and having both Ang Lee and James Schamus here, will be an event to remember, especially in this, our 10th Anniversary year,” said Meira Blaustein, co-founder and executive director of the Woodstock Film Festival.

“I’ve always enjoyed returning to Woodstock for the Film Festival,” added Schamus, “so it will be a joy and a privilege for Ang and I to present our new movie as a summer surprise.”

Based on the memoirs of Elliot Tiber, the comedy stars Demetri Martin as Elliot, who inadvertently played a role in making 1969’s Woodstock Music and Arts Festival into the happening that thrust the counter-cultural into the mainstream spotlight. Of course, the film features plenty of music by folks like the Grateful Dead, the Doors, Jefferson Airplane and Country Joe and the Fish – plus a new recording of “Freedom” from Richie Havens.

Real Good For Free: CRUMBS Nite Out @ The Linda

The King and I: A Review of the Elvis Film