Dan Zanes, What Was the First Song That You Ever Performed in Public? 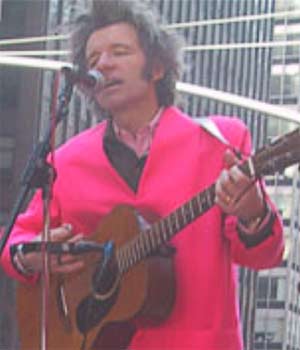 “It was ‘Morning Has Broken’ by Cat Stevens.

I think I was in the fourth grade or maybe the fifth grade. I played it all by myself for a school assembly.

Boy, I was really nervous.”

Dan Zanes – Grammy Award-winning children’s performer and former bandleader of the Del Fuegos – brings his friends along for a family show at the Mahaiwe Performing Arts Center in Great Barrington, Mass. at 3pm on Sunday, July 5.