Q. Who is Jonathan Batiste and why you should put him on your must see list?

A. The Crescent City native is an enthralling amalgam of Ray Charles, Jerry Lee Lewis, Pinetop Perkins and Liberace, sans candelabra, whose accomplishments include performances with Wynton Marsalis and Cyril Neville as well as collaborations with Donald Harrison, Christian Scott and Maurice Brown.

Graduating from the Juilliard School with a major in jazz piano last year, Batiste recently released “Live in New York: At the Rubin Museum of Art” and is currently jazz trumpeter Roy Hargrove’s pianist, whom he left in Paris, France, during a European tour, to fly in for one performance stateside at the Skidmore Jazz Institute before flying back the next day.

The Bernhard Theater on the Skidmore campus was almost filled to capacity. A few people had heard the name Jonathan Batiste, most had not. The instruments stood silently waiting under the glare of the spot lights as the distant sound of a melodica grew louder from the shadows with the beat and rhythm of a Mardi Gras marching band. Batiste’s sextet took the stage and captivated the audience with a stunning journey through the gamut of New Orleans musical styles from Louis Armstrong to the Marsalis brothers. 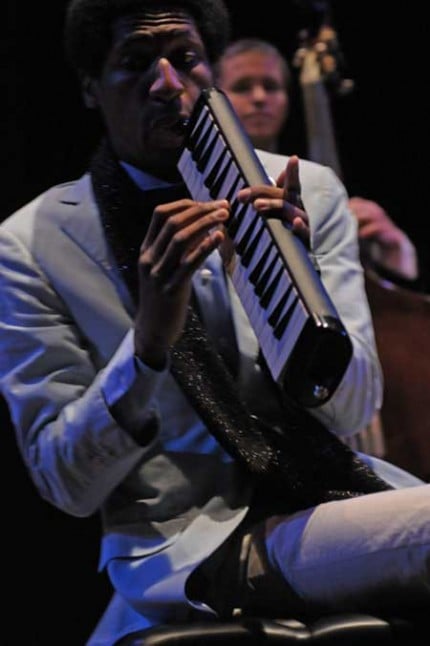 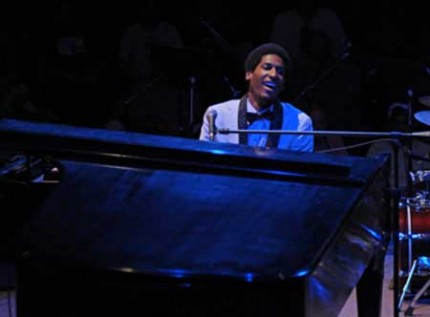 written and photographed by Andrzej Pilarczyk

Stick to Your Guns / Stray from the Path / End / Stand Still