R&B, pop and soul vocalist Sandra St. Victor and her six-piece band performed on Sunday, July 5 in Schenectady’s Central Park as part of the summer’s Music Haven Concert Series. Highlights of the show included her own original, funk-grooved “Flowers In The Rain,” Jimi Hendrix’s rocking “If 6 Was 9” and the Isley Brothers’ emotionally charged “Voyage To Atlantis.” 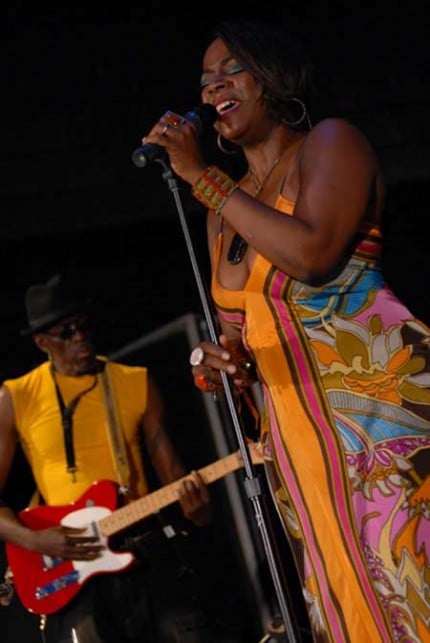 Up next at the Music Haven, the king of Yoruba Nigerian JuJu music King Sunny Ade & His African Beats churn out their infectious Afro-pop groove on Sunday, July 12.

written and photographed by Andrzej Pilarczyk