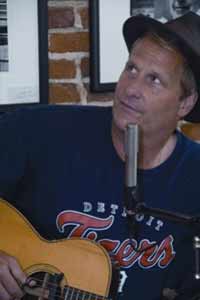 The list just keeps growing longer. The list – that is – of actors who feel the deep inner need to express themselves musically.

Jeff Daniels knows that the last thing the world needs is another actor-singer-songwriter.

So he kicks off his CD, “Jeff Daniels: Live and Unplugged,” with a pre-emptive strike – a wonderfully witty little ditty titled “If William Shatner Can, I Can, Too”:

“Despite people across the country screamin’, `Please don’t do it,’
We’ve got another CD from Jennifer Love Hewitt,
And now that Adam Sandler’s got more money than God,
I hope he takes his guitar and … just goes away.”

Daniels, of course, isn’t about to go away. And he isn’t about to stop singing, either. In fact, he’s swinging into the Colonial Theater in Pittsfield for a concert on Monday, July 20.

And Daniels isn’t the only actor-singer headed into Nippertown this week. The very next night – Tuesday, July 21 – Kevin Costner rides into Northern Lights in Clifton Park with his band, Modern West.