In the eighth inning of a game against the Chicago White Sox, Pumpsie Green was called into the game as a pinch runner for the Boston Red Sox, thus becoming the first African American to play for the Red Sox. 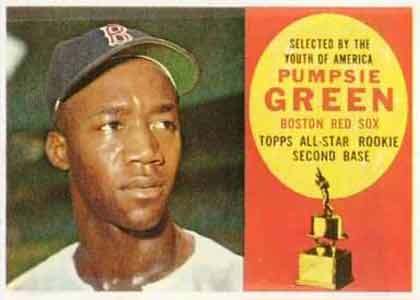