Back in May, Alex Muro of B3nson Recording Company and Matthew Loiacono of Collar City Records threatened a Jell-O wrestling match to determine which record label would get to release the new disc from Scientific Maps.

Well, apparently, the wirey but scrappy Muro managed to get the best of Loiacono, although I still haven’t seen any video confirmation, and no one has yet revealed which flavor of Jell-O was involved. 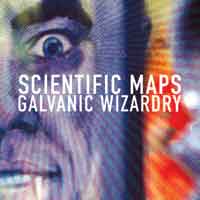 Anyway, the new Scientific Maps disc is here, and there’s a CD release party slated for Valentine’s in Albany on Friday, July 31. The follow-up to this year’s free “Hold On Whoever You Are,” the new seven-song EP is titled “Galvanic Wizardry.”

And if all of that’s not enough, Aaron Smith and his Maps cohorts are already nearly completion of their next disc, “Food for Witches.”

Also on the bill at Valentine’s on Friday are Swimclub (formerly the Users) and Style Salon (aka, former Kamikaze Heart Gaven Richard).