Troy Night Out is an arts walk that takes place the last Friday of every month from 5-9 pm, and it’s always hopping. Here’s some of the highlights of what we saw last Friday:

John Cooley’s “Window #1” at The Atrium: 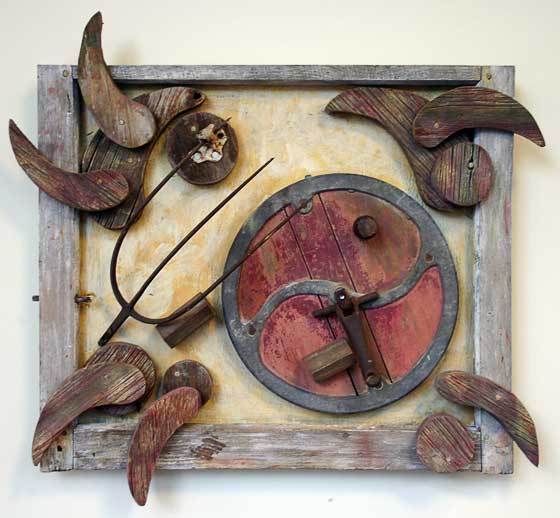 Anthony Thompson’s “South Troy” at Martinez Gallery, (whose website offers a virtual tour of the show and where you can order a complimentary poster from the show): 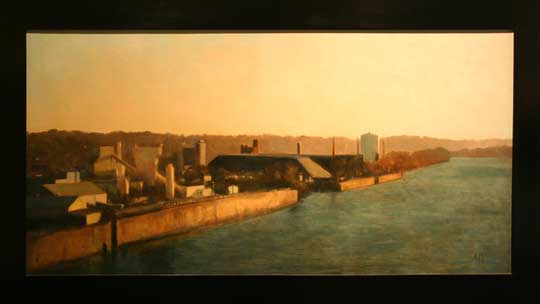 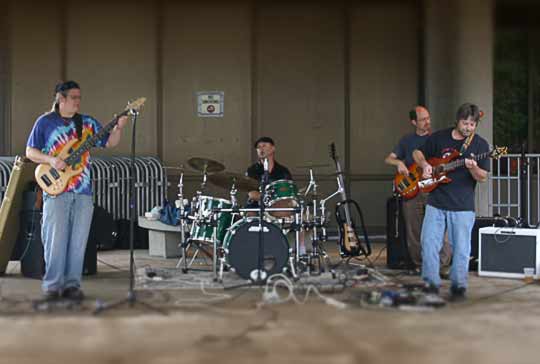 Jon Segan’s “Mnemosyne” in the Fence Show at ACCR 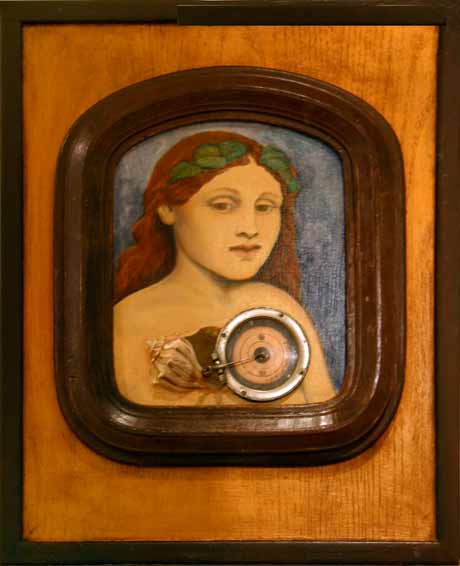 Check out these cool ceramic whistles at 3rd Street Potters: 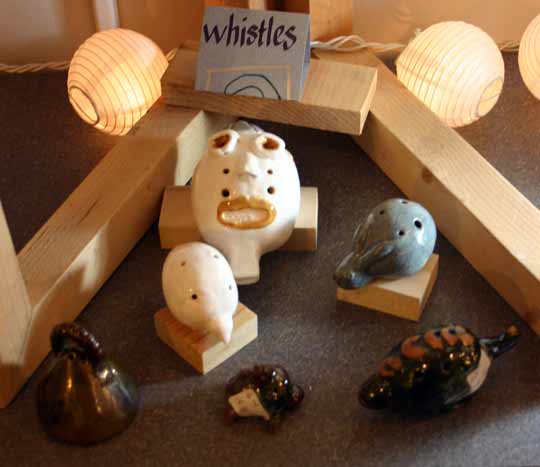 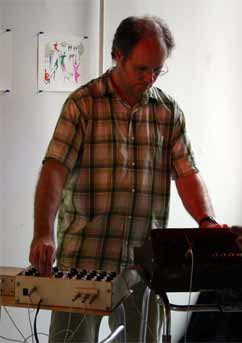 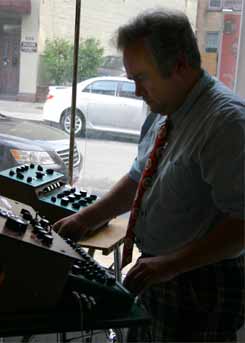 A side view of the Dewanatron. Yes, those are 8-track tape players: 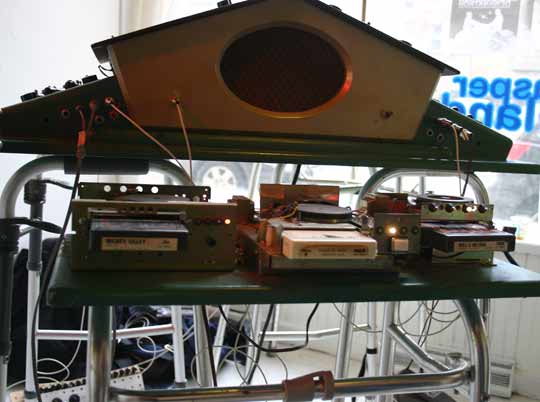 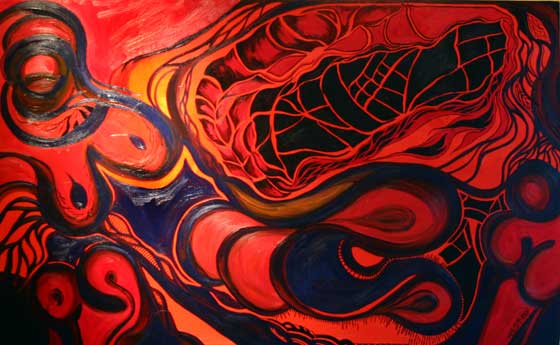 And out in front of The Broken Mold Studio on River Street, “In Nature’s Realm,” a collaborative sculpture by Don Moyer, Steve Kroeger and Colleen Skiff that’s part of the Re-Arting Troy project. It’s a captivating take on William Burrough’s cut ups (or refrigerator magnet poetry): 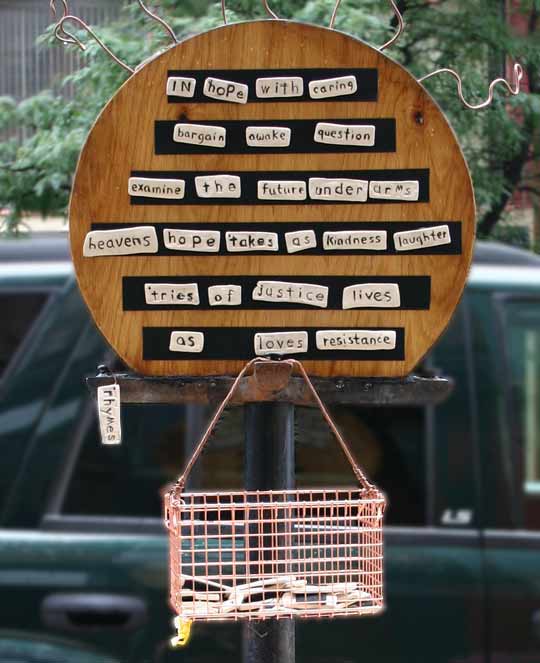 Formerly of Nippertown, now living in Ireland, Michelle Conway is artist-in-residence at the Fulton Street Gallery through the end of August. Here is her self-portrait: 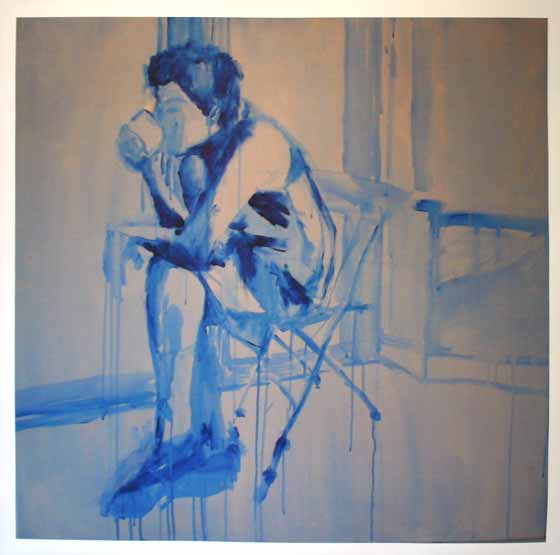 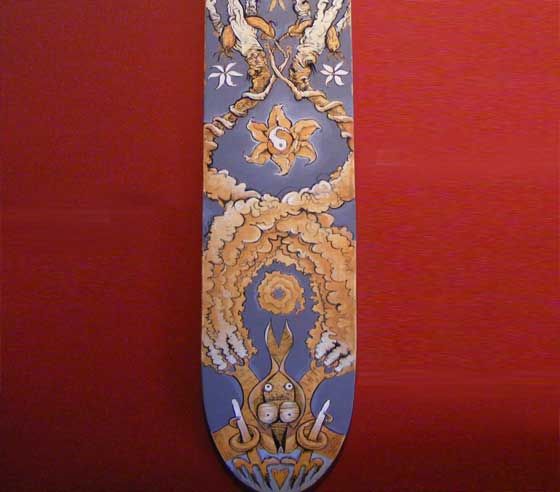 Rob Skane performing at Artcentric, which hosted an opening for an exhibition of photograms by G.C. Haymes (have we plugged that one enough yet?) 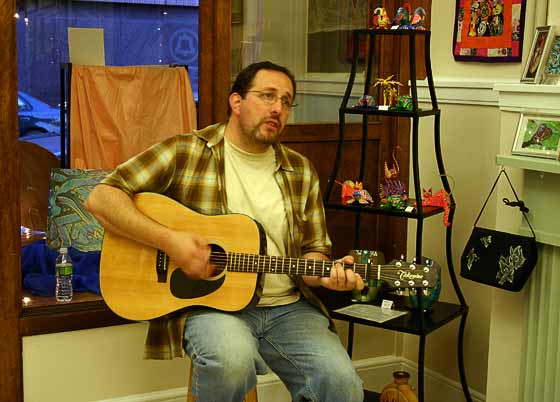 Oh, apparently not, here’s another photo of the Artcentric opening from Matt Mac Haffie: 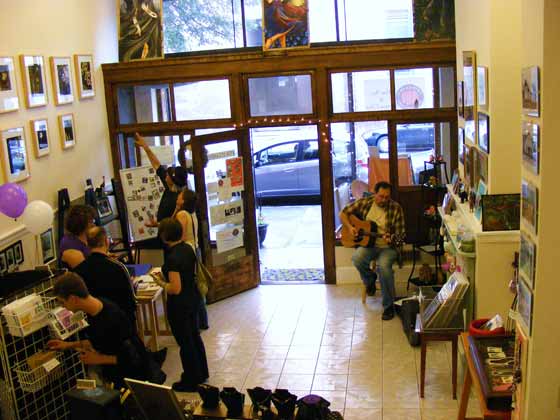 Aaron Neville, What Was The First Record You Ever Bought?