Buckley’s back – and this time it’s Tim 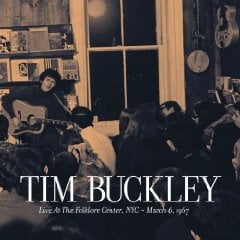 The magnificent ’60s singer-songwriter Tim Buckley has a new album slated for release later this month, which is a real treat for fans because, well, Buckley died nearly 35 years ago.

A cult favorite much like his son the late Jeff Buckley, Tim Buckley’s musical explorations veered far away from the road most traveled – and we’re all better for it.

The new album, “Live from the Folklore Center, NYC,” was recorded back on March 6, 1967 at Izzy Young’s renowned hub of the ’60s NYC folk revival. The disc features six songs which have never been released on any of Buckley’s recordings. And the album is slated for release on Tuesday, August 25 on Tompkins Square Records.

If you can’t wait til then, give a listen to one of those vintage (obviously) previously unreleased Tim Buckley tracks, “What Do You Do (He Never Saw You),” courtesy of Entertainment Weekly.