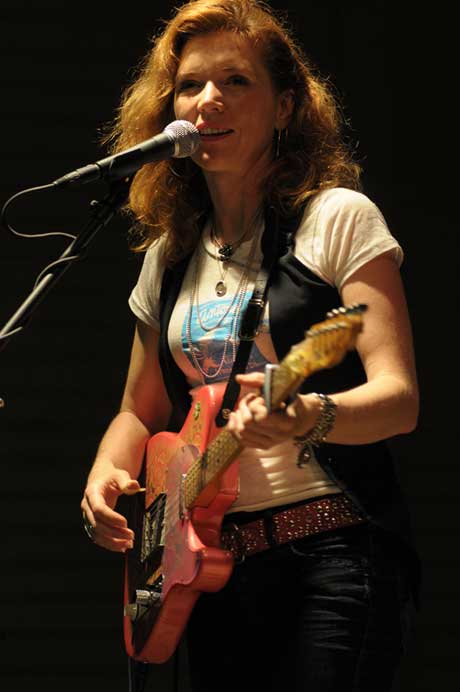 Ottawa-born blues guitarslinger Sue Foley hasn’t wasted much time. Since unleashing her debut album, “Young Girl Blues” on the Austin-based Antone’s label back in 1992, she’s churned and burned her way through a dozen albums in just 17 years, including her latest, the aptly titled “Time Bomb.”

On Wednesday, August 5, Foley and her band – bassist Mike Turenne and drummer Ken McMahon – commanded the stage at Shepard Park as part of the free weekly concert series sponsored by the Lake George Arts Project.

As Andrzej Pilarczyk notes, “Her style is moving towards Ronnie Earl with solos that are constructed with an air of improvisation and wide ranging dynamics. Great show.” 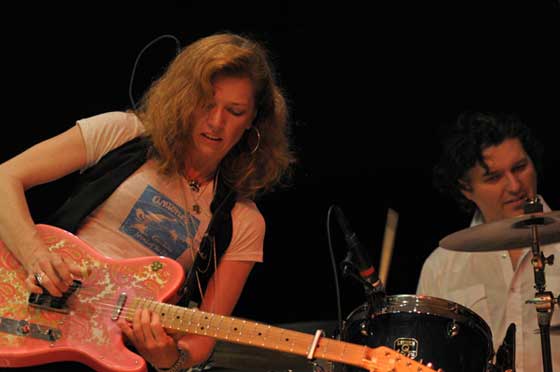 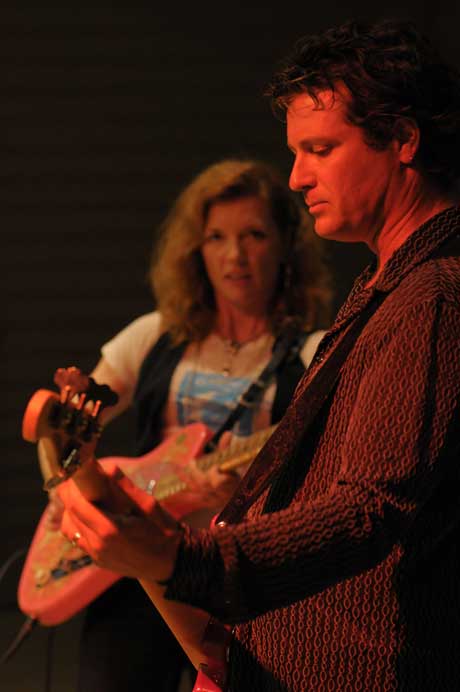