CHERYL WHEELER’s “Pointing at the Sun” 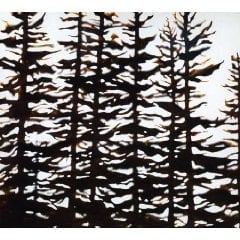 Her songs have been recorded by everyone from Peter, Paul & Mary to Bette Midler to Garth Brooks, and one of Wheeler’s best known songs, “Summer Fly,” is re-recorded here.

But chances are that none of her recording-artist fans will likely be covering the “Cat Trilogy” that wraps up the new album. That’s right, the album closes with not one, not two, but three songs about her late cat, Penrod: the Eminem-like rap of “White Cat,” the neo-Hot Club Django swing of “Cat Accountant” and the salsa flavored “My Cat’s Birthday.”

The late Penrod also actually appears on the album – he was cremated, and his ashes were used as a percussion instrument. Drummer Marty Richards is credited with playing the “catash.”

Wheeler explains it this way in the liner notes: “Certainly some are aghast to learn this, but they didn’t know Penrod. No fraidy cat, he would have insisted on being in the band.”

Of course, Penrod isn’t the only star of the album. Wheeler has surrounded herself with A-list musicians, including bassist Tony Levin and guitarist Duke Levine.

And Wheeler herself has never sounded better. There’s more bite and even some – dare I say it? – funk to her vocals, as though she’s loosened up and just let it fly. Of course, we’re not talking about James Brown funk here, but at times Wheeler does surprisingly sound something like Tracy Chapman.

Cheryl Wheeler: Pointing at the Sun