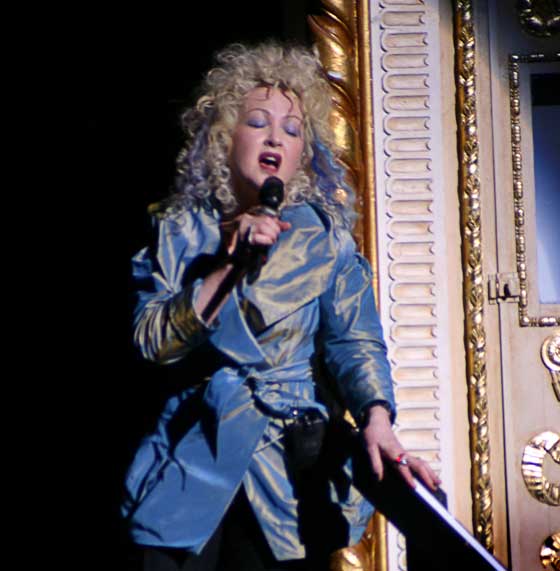 At one point during Tuesday night’s concert, they joked that it sounds like a potential TV sit-com, “The Cyn & Rosie Show.” And at times it was.

After her 25-minute stand-up routine (topics: menstruation to menopause), Rosie O’Donnell introduced Cyndi Lauper as “a living legend, a musical genius and an all-around good girl.” Then, slipping behind a microphone, Rosie assisted on backing vocals, as Lauper and her band whirled through their opening volley of Prince’s “When You Were Mine,” the crowd-pleasing “She Bop,” “Goonies R Good Enough,” “All Through the Night” (with Lauper on dulcimer) and Joni Mitchell’s “Carey.”

In between songs, however, O’Donnell and Lauper launched into several decidedly surreal, verbal free-for-alls, bouncing from one pop-culture reference to another in a split second. And they went on and on. And on.

The audience seemed to love the talk-fest interuptions, but they robbed the concert of its pacing and momentum, and when Rosie left the stage after the fifth song, Lauper had to work hard to pump up the crowd. She made frequent forays off stage and into the audience as she sang “Hole in My Heart (All the Way to China),” “Change of Heart” and the raucous electro-thump of “The Ballad of Cleo & Joe.”

But Lauper was in fine form, and pump them up she did. “Fearless” – with its a cappella intro and some excellent electric cello playing from guitarist-bandleader Knox Chandler – was followed by “Time After Time,” and the crowd eagerly sang along.

Back in the early ’80s it would have been easy to write Lauper off as a mere thrift-shop novelty act, all MTV image and no substance. But things aren’t always what they seem, and Lauper has evolved into a major talent with considerable staying power.

Read my review for the Times Union here. 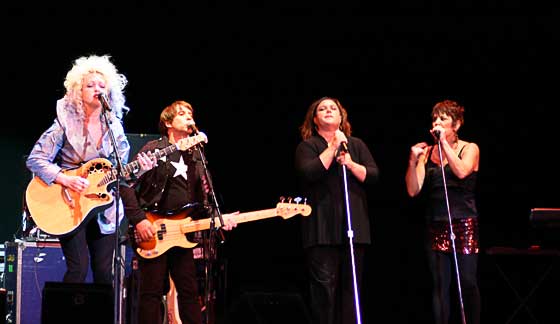 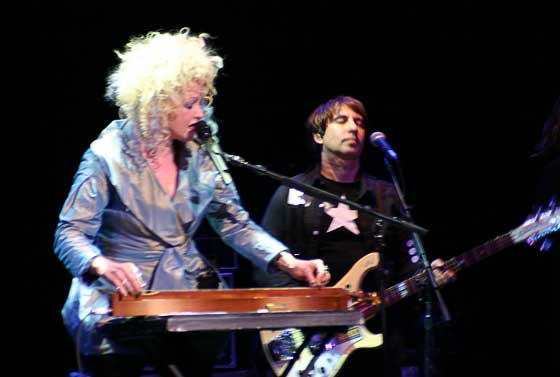 By the fifth song, Lauper had kicked off her shoes, and she did the rest of the concert barefoot.

Food that fans brought to the concert was donated to the Schenectady Inner City Ministry.

During a long story about being mistaken for a drag queen in Provincetown, Lauper launched into an impromptu rendition of Cole Porter’s “Gay Paree.”

Guitarist Knox Chandler is no stranger to the Capital Region having played at 288 Lark in Albany on a regular basis in the ’80s with the Gary Windo Orchestra.

The Guitar Army of A Crimson Grail