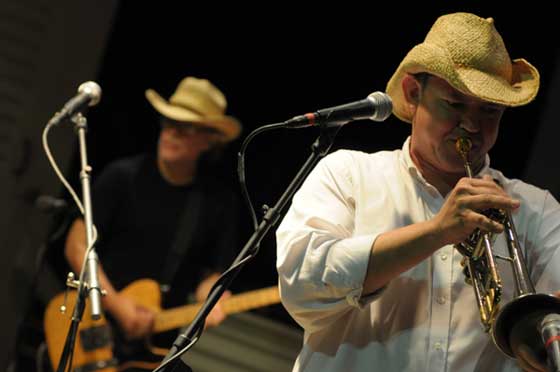 It was just as much fun watching the audience as it was watching Brave Combo churn out their wild ‘n’ wonderful brand of alt-polka in the middle of Lake George’s Shepard Park on Wednesday, August 12. And that’s really saying something.

Locals and tourists alike were drawn into the park by the exuberant strains of Carl Finch and his Denton, Texas-based band. They would wander in, stand and stare at the bandstand for a moment and then almost every one of them would break out into a smile. A big smile.

Then their toes would begin to tap, or their heads would begin bobbing to the rhythm. And more than a few of them would soon find themselves drawn almost inexplicably to the dancefloor.

“Come on, we need 50 people on the dance floor to make this next song work,” cajoled Finch from his keyboard, promising the dancers that they would be treated to a rendition of that hoary old standard “Heart and Soul,” but “played in a minor key and as a twist. Come on, you know how to do the twist, don’t you?”

It was early in the evening, and the audience members were still a bit hesitant. After all, they’d already heard the band play several straight-up polkas, a waltz, an instrumental rumba version of “Arrivederci Roma,” the beginners’ piano classic “Chopsticks” run through the stylistic wringer and, oh yes, did I mention the polka version of the Doors’ “People Are Strange”?

So the crowd didn’t really know what to expect – which, of course, is the perfect reaction to a Brave Combo performance.

The dance floor began to fill up, but Finch wasn’t quite satisfied yet. “C’mon, just a few more dancers. Otherwise, we’re just gonna play the Eagles’ ‘Peaceful Easy Feeling’ all night long, and we don’t want to have to inflict that on you.”

And there was the dancefloor, packed with young kids and their grandparents, teenagers and babyboomers. Three or four generations packed elbow to elbow and grooving to the band. It was a wonderful sight to behold.

Of course, Brave Combo knows exactly what they’re doing. After all, they’ve been doing it for 30 years now. Back in 1984, one of their early albums was appropriately titled “No Sad Faces.” The album featured such polka warhorses as “In Heaven There Is No Beer” and “The Beer Barrel Polka,” but it also included Iron Butterfly’s “Inna-Gadda-Da-Vida” and a cha-cha version of “O Holy Night.” And that pretty much sums up Brave Combo’s omnivorous approach to dance music.

On Wednesday, the dance floor was jumping almost all night long, whether the band was playing the revved-up merengue “Yo No Bailo Con Juna,” “The Hokey Pokey” or saxophonist Jeffrey Barnes’ thoroughly wacked-out rendition of that old Tennessee Ernie Ford hit, “Sixteen Tons.”

Percussionist Joe Cripps served up a spoons solo during “Do Something Different” and soon found himself joined by trumpeter Danny O’Brien on jaw harp. Led by the crack rhythm section of Cripps, drummer Arjuna Contreras and bassist Little Jack Melody, the band fired up a seriously swinging rendition of Glenn Miller’s “In the Mood” and played “Somewhere Over the Rainbow” as a straight-up ballad.

And rumbling along at a hyper-speed ska tempo, they fused together a medley of such TV themes as “Peter Gunn,” “The Pink Panther,” “Secret Agent Man” and “Batman.”

Favorite moment of the night? Well, maybe it was “Louie, Louie” played as a cha-cha in a minor key in a medley with the Russian folk song “Meadowlands.” Or that slinky salsa-meets-polka rendition of “Brazil.” Or the Tex-Mex rave-up of “Mas Tequila.”

You can read another review of the show in the Times Union. 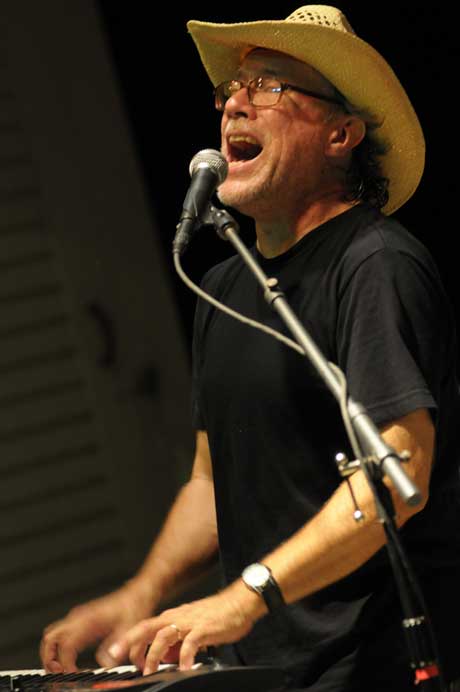 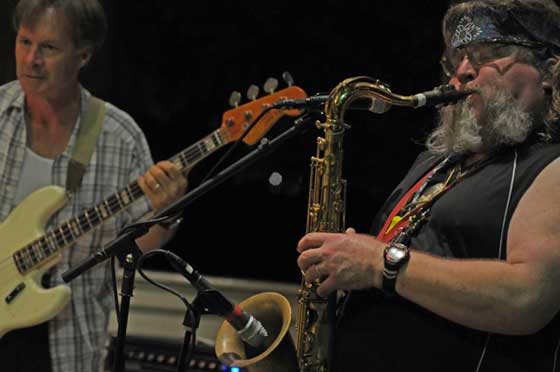 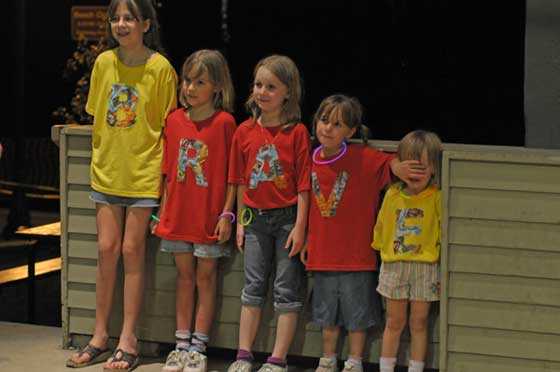 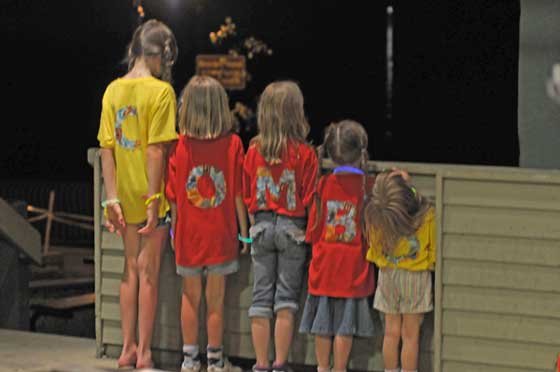