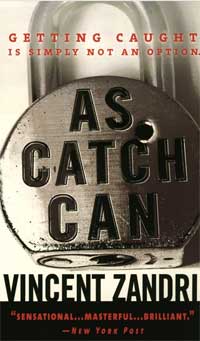 Nineteen ninety-seven was the year the Green Haven Prison went insane. The winter hadn’t produced a single snowstorm that lasted for more than an hour before turning to rain and slush, and what should have been covered with a velvety-smooth blanket of white went on being gray and lifeless and pitiful, as if God Himself saw to it that the twenty-five hundred inmates and corrections officers living and working inside nine concrete cell blocks never once forgot where they were and why they were put there in the first place.”


Writer-drummer Vincent Zandri and his bandmates in the Blisterz are hosting and headlining the semi-regular “punk rock night” at Jillian’s in Albany on Wednesday, August 26. Also performing will be Wipe Out Marshall and Catching Cadence.

Troy Foundry’s The Broken Record and The Oddity Adds “Industry…