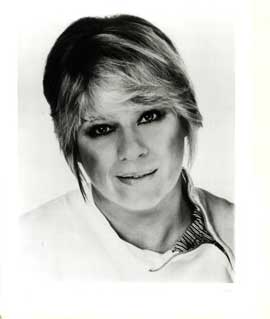 Her songs were so yearning, so heartfelt, so universal that everyone wanted to record them.

Everyone from Linda Ronstadt to to the Ramones, from the Beach Boys to the Flying Lizards, from U2 to Mariah Carey, from John Lennon to the Bay City Rollers, from Humble Pie to Death Cab for Cutie, from Shaun Cassidy to Melissa Etheridge and from Tiny Tim to Twiggy.

“Be My Baby”
“Chapel of Love”
“Hanky Panky”
“And Then He Kissed Me”
“Do Wah Diddy Diddy”
“Da Doo Ron Ron”
“The Leader of the Pack”
“I Can Hear Music”
“River Deep, Mountain High”

Ellie Greenwich was a sensational pop songwriter, whose best work epitomized the classic “girl group” sound of the ’60s with smash hits for the Dixie Cups, the Ronnettes, the Crystals, the Shangri-Las and so many others.

Over the years, she collaborated with such fellow songwriters as her husband Jeff Barry, Phil Spector and Doc Pomus, to name just a few. She was inducted into the Songwriters Hall of Fame in 1991.

The hit Broadway jukebox musical “Leader of the Pack” was based on her songs and life, earning a Tony nomination when it opened in 1985. She also starred in the production.

Greenwich was also a major talent as a vocal arranger on such classic hit records as Aretha Franklin’s “Chain of Fools” and Cyndi Lauper’s “Girls Just Want to Have Fun.”

As a producer, she was at the helm for many of Neil Diamond’s early hit recordings as well as sessions for Connie Francis and Dusty Springfield.

And, yes, you can hear Greenwich’s voice handling the backing vocal chores on hits by everyone from Jim Croce to Blondie.

Greenwich is gone, but her music lives on and on. And so does her wisdom about the art of songwriting. Thanks to Paul Rapp for the link.