Today marks the 49th anniversary of the birth of Chris Whitley, cult singer-songwriter and neo-bluesman.

Although he never achieved the mainstream success that he deserved, his 1991 album “Living With the Law” was one of the most remarkable debuts of the past two decades.

Here’s a live version of the title track:

UPDATE: Bill Patterson sent along these photos, adding “the first two were from 6/10/2005 in Bellows Falls, Vt, the 3rd with Hayes Carll (and Darcy Yates then from the Fred Eaglesmith Band) is from 6/11/05 in Walpole, NH. Both were associated with the Roots on The River Festival. “ 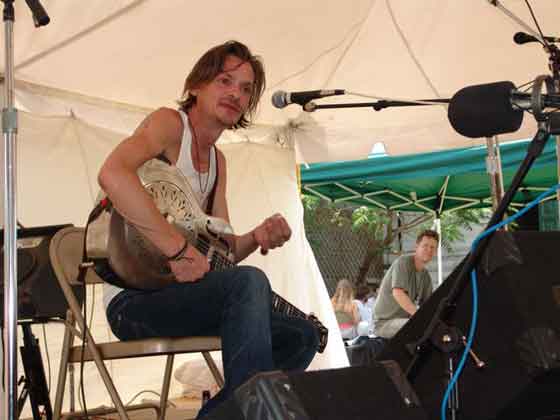 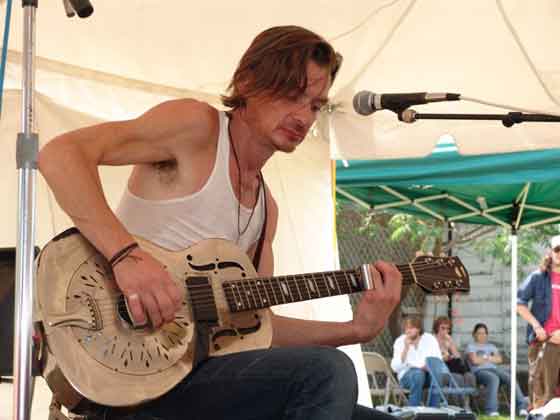 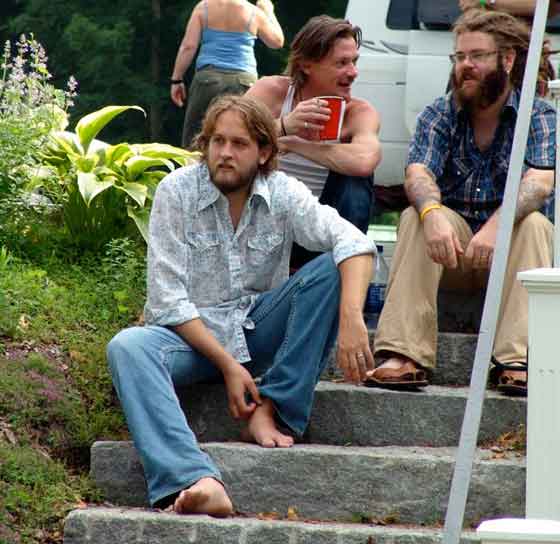