Trace Adkins, What Was the First Album You Ever Bought? 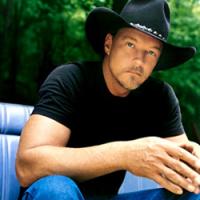 “Well, my dad was a huge country music fan, and he always had quite an album collection of country music. So I didn’t have to buy albums by Merle Haggard and Waylon Jennings and Don Williams and that kind of stuff because I was able to just borrow them from him.

“So I think that the first album I ever bought myself was probably John Denver’s ‘Rocky Mountain High,’ believe it or not.”

Trace Adkins will open the show for Toby Keith at the Saratoga Performing Arts Center in Saratoga Springs on Thursday, September 3.