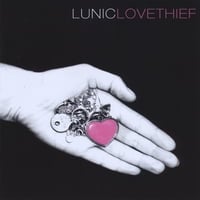 Led by Latham violinist-vocalist Kaitee Page, Lunic released their latest album in mid-May, and by July, they’d racked up airplay on a batch of local radio stations including the Edge, the Channel and WEQX.

But it really wasn’t until mid-August that Lunic cracked things wide open – when they had the opportunity to perform at the Saratoga Performing Arts Center as the opening act for Creed.

Lunic has got the goods. The album features ten original tunes by Page, and each one of ’em is radio-ready – hook-filled enough to earn mainstream pop airplay with just enough of an edge to most of ’em to warrant spinnage on hard-rock as well as alt-rock radio.

Painting the songs with a rich sonic pallette, Page’s evocative vocals recall the Cranberries’ keening Dolores O’Riordan, Kate Nash and Evanescence’s Amy Lee, while her violin playing adds a distinctive edge that separates the band from the rest of the regular rock pack. The rest of the band is quite versatile as well, easily shifts gears from dense and pummeling rhythms to wide-open, more atmospheric backing.

“Lovethief” is ready to put Lunic on the map and take the band to the next level, so catch ’em around town while you still can.

UFO sightings in the Hudson Valley. Who knew?