Mike Gordon, What Was the First Album You Ever Bought? 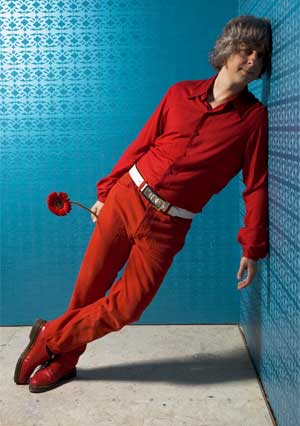 “The first record that I actually listened to was ‘Abbey Road’ because my parents had it. And the second was probably ‘American Pie,’ the Don McLean album.

“But when I first got my own stereo, my grandmother Nanny took me to a record store, and I think I bought Steve Miller’s ‘Book of Dreams.’ And since it the disco era, I think my second album would have been a Commodores album – the one with ‘Brick House.’ But definitely that Steve Miller album because that was junior high time.

“But it wasn’t long after that I got my first albums by Led Zeppelin and the Rolling Stones. And then a few years later, I started buying Dead albums and going to Dead shows.”

Mike Gordon and Phish played the Saratoga Performing Arts Center just last month, but Gordon will bringing his other band with him when he lands at the Bearsville Theater in Woodstock on Friday, September 11.

Don’t Miss: Five for the Fall