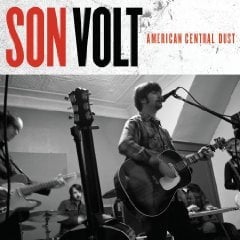 Son Volt rolls into The Egg in Albany on Friday, September 18, in support of their new album, “American Central Dust,” released on Rounder Records earlier this month.

Do we have to say anything more?

Just the other day, we were flashing back to Son Volt’s Albany debut at Bogie’s in – I think – 1995. It was sometime shortly after the release of their debut album, “Trace,” anyway.

But, as it turns out, our memory banks actually stretch back further than that.

Yes, we remember Uncle Tulepo gracing the stage of QE2 nearly two decades ago. It was July 19, 1990 – less than a month after the release of the band’s landmark debut album, “No Depression.” And they weren’t even the headliners. They were the opening act for the fine Tucson band, the Sidewinders.

But we need some help here. Was that Uncle Tulepo’s only area appearance? Or did they come back and play QE2 again later? Somebody let us know, please. Thanks.