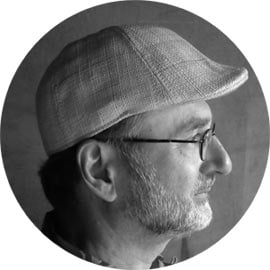 1. THE FIRST ALBUM I EVER BOUGHT WAS … Either Kingston Trio or Chad Mitchell Trio – definitely some trio! One of my most memorable first albums was called “Bluegrass Oldies But Goodies” that had a track by the Stanley Brothers that made me wake up and say “Hello, what is THIS all about?”

2. THE FIRST CONCERT THAT I EVER SAW WAS … Maybe Peter, Paul and Mary at the Richmond Mosque Auditorium.

3. THE FIRST MUSICAL INSTRUMENT I EVER OWNED OR PLAYED WAS … A Gagliano 5-string resonator style banjo that cost $100 at the Harmony Shop in Richmond, VA – a princely sum at the time. Had a cardboard case and I used a saxophone neck loop strap with a hook rather than a regular strap. (Correction: The actual first was a set of bongos I requested and got when I was about 11 and was determined to be a beatnik. It replaced an oatmeal box that I had been improvising on.)

4. THE FIRST SONG THAT I EVER PERFORMED IN PUBLIC WAS … The first actual real booked gig was a political rally in a campaign office in some small rural Virginia town. I was in high school and out of my mind nervous for days before. A song like “Green Green” would be a good guess for the first song.

5. THE FIRST BAND I WAS EVER IN WAS … The Canterbury Singers, a New Christy Minstrels-type mash-up with six or seven of us. Matching shirts and pants/skirts and as an extra kick…ascots! It was a blast.

Bowtie and the Ramblin Jug Stompers will celebrate their debut studio album, “Hobo Nickel,” with a CD release party and performance at The Linda in Albany at 8pm on Friday, October 2.

Turn Your Radio On