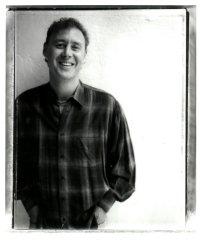 No, piano man Bruce Hornsby wasn’t born in Schenectady. In fact, he’s never lived in Schenectady, either. But still, it wouldn’t be incorrect to describe him as “formerly of Schenectady.” Confused?

Well, we’ll let Bruce Hornsby explain the off-the-wall musical explorations of his high school years to you himself:

“I used to have a band named Schenectady, where if you knew how to play an instrument, you weren’t allowed to play it. We played such notable songs as ‘Man Is the Animal That Uses Tools,’ ‘Curse You, Niels Bohr’ and ‘There’s More to Doing Homework Than Doing Work at Home.’

(Singing)
There’s more to doing homework than doing work at home
It’s a challenge/With my interesting work I could fill a tome
Homework carries you beyond
It takes you to Savannah
Without my homework my mouth would surely foam.

We used to describe our music as ‘circus rock.’ I was the only one in the band who was allowed to play an instrument that they could actually play, because there had to be some semblance of order, over which everyone could just blaaaad and blow their butts off.

Those songs that I mentioned are from the musical plays that we wrote. We wrote a play about our band, called ‘Schenectady.’ And then we wrote a sequel to it called ‘The Son of Schenectady.’

In fact, you can go to the rare book archives of the College of William and Mary Library and find all of this chronicled in a magazine called ‘Piano Monthly,’ which had nothing to do with pianos. It had a couple of wrestlers on the cover.

Why Schenectady? Well, back then, it was a time when it was popular to name bands after towns, Chicago, of course, being the most notable example. So we thought, ‘Schenectady! What better?’ We thought it was quite a name.”

Bruce Hornsby and his band the Noisemakers step into the spotlight at The Egg in Albany on Thursday, October 1. They’re on tour in support of their brand new album, “Levitate,” which features some music apparently intended for “SCKBSTD,” a Broadway musical that Hornsby is writing. But, who knows? Maybe Hornsby will break out into a chorus of “Curse You, Niels Bohr,” if he gets a request or two. Carsie Blanton opens the show.

Edgar Meyer, What Was the First Album That You Ever Bought?