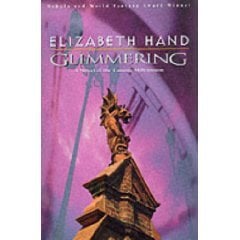 On March 26, 1997, I was on an Amtrak train out of Grand Central, heading north. As we hit Yonkers, the universe folded in on itself as I cracked open Elizabeth Hand’s Glimmering, a post-apocalyptic novel that begins in Yonkers on March 26, 1997. I had to keep looking out the window at the sky to make sure it wasn’t on fire, as it was in Hand’s bleak, atmospheric (pun-intended) story about the consequences of global warming and ozone depletion.

Elizabeth Hand will be the guest of honor at Albacon 2009, taking place October 9-11 at the Best Western Sovereign Hotel in Albany, a three-day extravaganza that includes panel discussions, interviews, films, games, readings, autographs, an art show and a dealers room.

Win a Trip to See US Bonds in the UK