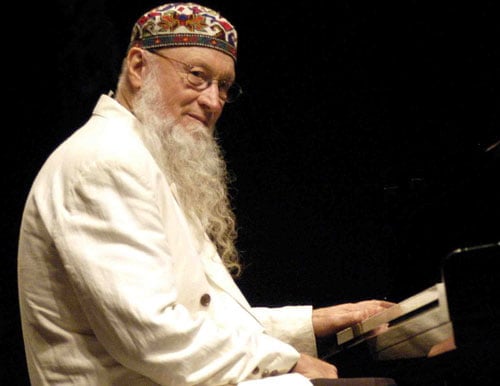 Friday, October 9 features performances of works from Riley’s Book of Abbeyozzud by Terry Riley on piano and synth, his son Gyan Riley on guitar, Tracy Silverman on violin and David Tanenbaum on National steel guitar.

Slated for Saturday night is Music in the Moment: An Evening of Improvised Works featuring Terry Riley on keyboards, Gyan Riley and David Tanon on guitars, Tracy Silverman on strings, and Ches Smith and William Winant on percussion.