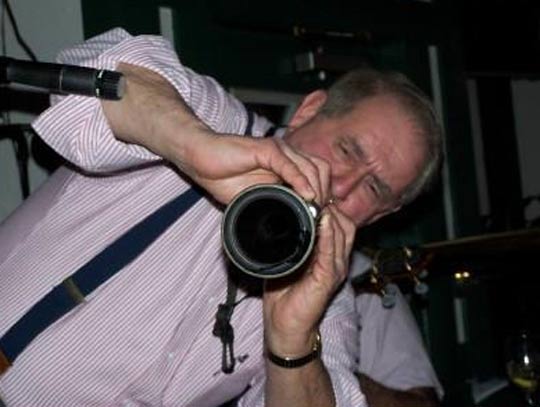 1. THE FIRST (Record…! I’m old!) ALBUM I EVER BOUGHT WAS … Bix and Bing Crosby with Paul Whiteman – “You Took Advantage of Me.” Still have it…

5. THE FIRST BAND I WAS EVER IN WAS … the Philip Livingston Junior High School Band, Albany, NY. 1949. There were also two guys: Vince Catalano and Pat Haggerty that had bands I rehearsed with for short spells. 1949-1950. Then formed my own band. Skip Parsons’ Rhythm Kings in 1951. Back then, I liked and played lots of Benny Goodman and Louis Armstrong favorites. Plus some dance tunes and blues. I was steadfast and didn’t give in to the new R&B. I wanted to make jazz & not play somebody else’s notes. That seemed corny and uncreative. In 1956 a group of us got together, to keep the sounds of early jazz alive. We formed a band and called it the Riverboat Six. Later: The Riverboat Jazz Band. The rest is history.