Take It From the Top: Loudon Wainwright III 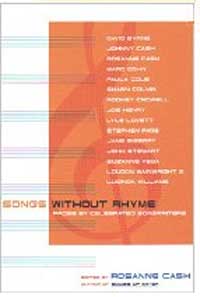 “Dear. Mr. Baum,
Thank you for your kind letter and open invitation to visit St. Andrew’s. I enjoyed your random observations and vignettes. They were sharp, funny and interesting. I had no recollection that Dad was visiting S.A.S. on the day of the JFK assassination. Of course, we all remember where we were on that day but it’s strange I should have forgotten such an important personal detail. I hope you’ll forgive me for using the formal greeting in my reply but starting off with ‘Dear Chester’ or ‘Dear Ches’ somehow doesn’t seem right to me. Not only am I writing to my former teacher but it’s been over thirty years since you and I have seen or spoken to one another. This is my fault entirely since I’ve stayed away from St. Andrew’s pretty much since my visit in 1968, three years after graduating, when I showed up on campus with long hair and a red beard, carrying a guitar case.”

Loudon Wainwright III will share the stage with Richard Thompson on Sunday, October 18, when the Loud & Rich tour rolls into The Egg in Albany.

Ray Davies Heads to The Egg