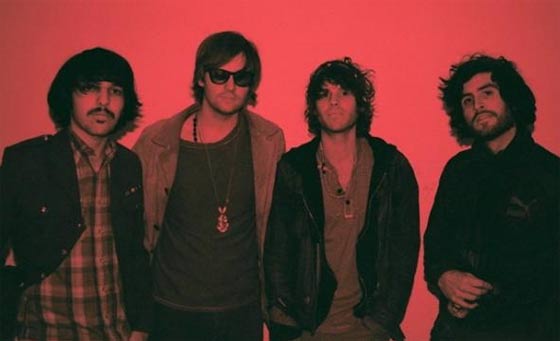 No, not air hockey.

And not the River Rats, either.

We’re talking about Hockey, the big buzz band rolling out of Portland, Oregon and into Jillian’s in Albany tonight (Monday, October 19) for a free show.

It’s been a big year for the foursome: Bonnaroo, Lollapalooza, the release of their debut album “Mind Chaos,” a just concluded headlining tour of Europe and their U.S. network TV debut on “Late Night with Jimmy Fallon” just last week.

They’re currently on tour with Portugal the Man (you can catch them at Pearl Street in Northampton, Mass. on Wednesday, October 21), but tonight is an off-night, so they’re grabbing the stage at Jillian’s for a free show, thanks to the fine folks at WEQX-FM.

Texas band the Black and White Years open the show.