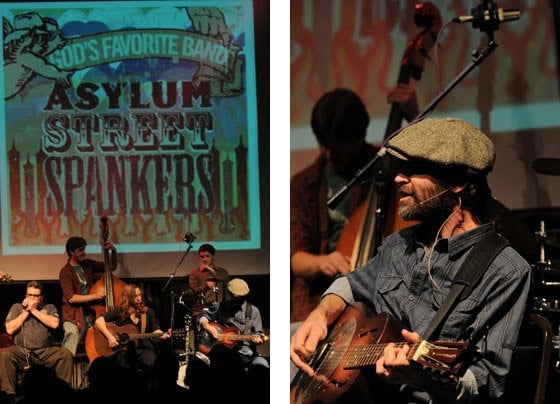 With a pick-up truck full of instruments and a seriously mixed bag of songs, Austin’s Asylum Street Spankers rolled into Nippertown and took the stage at The Linda on Saturday night.

With a beer in one hand and a harmonica in the other, Wammo wailed, bellowed and sang, while Marrs joined him in the singing and switched between banjo, guitar, ukulele and even the musical saw.

The Asylum Street Spankers’ seven band members came to Albany to have a good time, and they certainly delivered. They served up a two-hour show drawn in the first half from their newest release, “God’s Favorite Band,” on Yellow Dog Records and the second from their 12 albums released during their 16 years of touring and recording.

Finishing up their “Salvation & Sin Tour” right here in Nippertown, the Spankers packed up their gear and rode off singing into the morning on their way back home to the Lone Star State.

Photographs and Review by Andrzej Pilarczyk. See more of Andrzej’s photos from this show on Flickr. 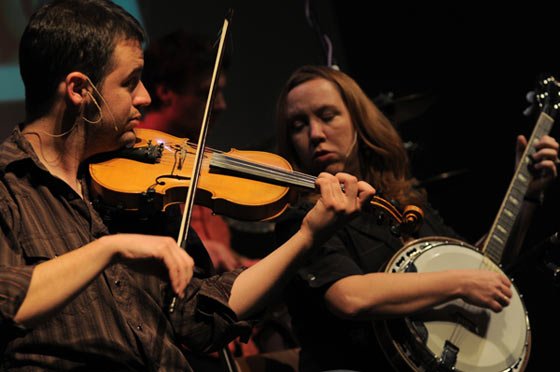 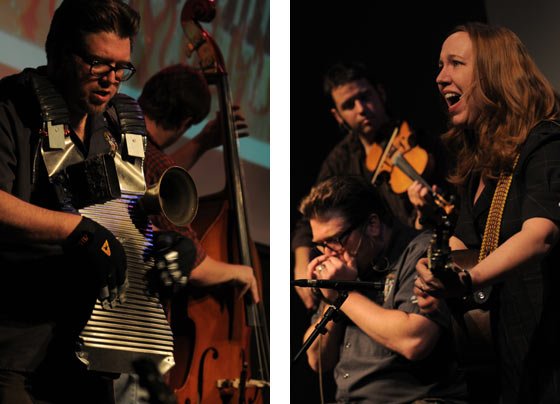