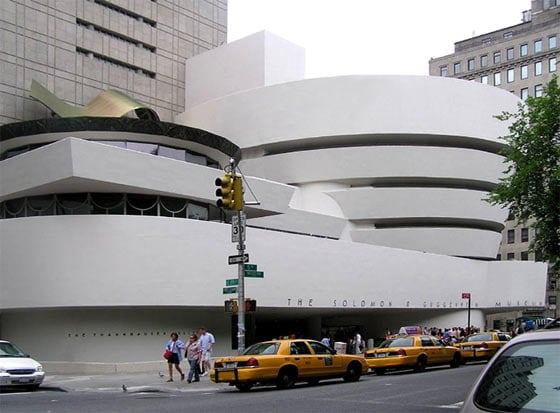 When the Solomon R. Guggenheim Museum first opened its doors in Manhattan half a century ago, it looked like nothing else on the planet.

And really, it still doesn’t.

“The most controversial building ever to rise in New York,” said The New York Times.

The Daily News described the structure as a “building that should be put in a museum to show how mad the 20th century was.”

Designed by visionary architect Frank Lloyd Wright to house the modern art collection of Sol Guggenheim, the unique building was no easy task. It took Wright 15 years, more than 700 sketches and six complete sets of working drawings to finally create the museum.

And 50 years ago when the doors were opened for the first time, Wright had passed away six months earlier, while Guggenheim had already been dead for 10 years.

Back in 1959, admission was a mere $.50. These days, it’ll cost you $18 to enter. But not today. In honor of the museum’s golden anniversary, admission to the museum today only is free.