Nerissa Nields, What Was the First Album You Ever Bought? 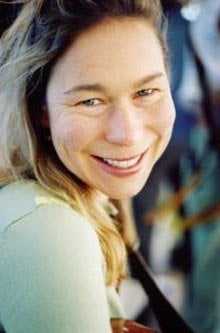 “The first record album that I ever bought was by the Beatles. It was that sort-of a greatest hits collection – ‘The Blue Album,’ I think they called it.

I bought it in 1977. My sister Katryna and I are two years apart, and we had these friends who were sisters and the same ages. We’d go to their house and listen to their mom’s Beatles album collection, and we’d just flip. We just thought it was so unbelievable. So that was the first album that I bought because it had so many of the songs that we liked on it.

And then every time we got a little money together, we’d go to our record store and buy another Beatles record. Here we were these little kids going nuts for the Beatles in the late ’70s, when nobody else was even thinking about the Beatles.

And I think that sort of explains why we got to be the way we got to be. We felt like outsiders in the pop music music world. We didn’t really like disco or the Bee Gees or anything that was on the radio. So the Beatles were this little window into the past that we discovered, and we were totally into it.

But what’s really embarrassing is that the first single I ever bought was ‘When I Need You’ by Leo Sayer. Oh, it’s so terrible.”

The Nields – Nerissa and her sister Katryna – are scheduled to perform at The Egg in Albany on Saturday, October 24, opening the show for singer-songwriter Dar Williams.