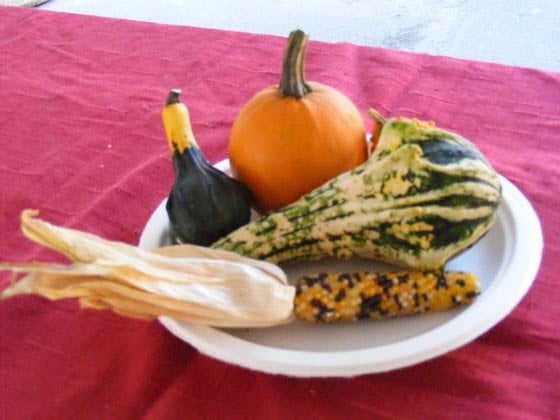 Sunday’s Local Harvest Festival at Washington Park Lakehouse came with a much needed break in the weather. The the lovely fall day and the promise of good, and good for you, food in small sampler cups drew steady lines.

WRPI’s Laura Glazer served as host, and with that unmistakable voice of hers introduced the live music. A pair of the area’s brightest and best young and gifted singer /songwriters went on early and stole the show. The Ashley Pond Band in quartet form kicked it all off sporting a solid mix of great songs and fall fashion. A stripped down duo version of Railbird, or as Sarah Pedinotti quipped, Le Petit Railbird, were in rare form. Chris Kyle later informed me that the intimate and haunting duo arrangements were made up on the spot.

For a first time effort on a fortuitously sun streaked Sunday afternoon, this family-friendly mix of vendors, food and music proved to be as much fun to take in as the color of the leaves.

On the down side, the sets of the early acts were too short; with no real stage, the sound company’s choice to pile two sub-woofers and a monitor cabinet directly in middle of the performance space served no one; and Sgt. Dunbar were a no show.