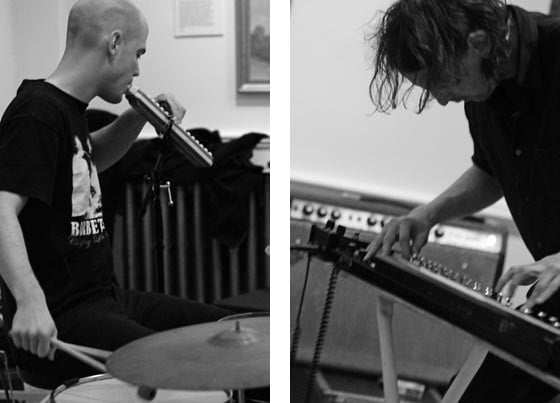 Experimental and creative improvised music in any given town has a very few outlets for the practitioners of this unique art form.

But here in Nippertown, we are blessed.

In Albany, we are fortunate to have the Albany Sonic Arts Collective presenting interesting and wonderful shows of people like Thurston Moore.

In Troy, the Sanctuary for Independent Media has presented several years of experimental jazz, hosting performances by atonal jazz legends Billy Bang, Sabir Mateen and Joe McPhee in their hallowed hall. And certainly EMPAC at RPI has presented quite a few cutting edge international performers since opening its doors a year ago.

And the Saratoga Arts Center in Saratoga Springs has been presenting its [email protected] Arts series of envelope-pushing concerts by national stars of the genre, including the Sunburned Hand Of The Man.

Within the intimacy of the Spring Street Gallery in Saratoga Springs on Wednesday night, a small audience gathered to see and hear an English outfit of international stature – the Flower-Corsano Duo. The performance was co-sponsored by the Saratoga Arts Center.

Surrounded by the landscape paintings of Kevin Raines, Michael Flower plucked and cajoled his Japanese banjo, creating drones and sheets of sound washes that accompanied the primal, intense drumming of Chris Corsano. The two men played their set straight through, creating dynamic accents with the creative use of a cello bow, assorted percussive utensils and various intricate rhythmic patterns. Through an unparalleled intensity the two men created a sonic concerto that defied Western musical structures.

Their signature sound can be experienced on the duo’s excellent 2009 self-released recording, “The Chocolate Cities.”

The opening duo – featuring the electronic sounds of Ron Schneiderman (of the Sunburned Hand Of The Man) and bass experimentalist Andy Crespo – approached their creative performance as a dynamic soundscape full of drones and accents punctuated with unexpected starts and stops. 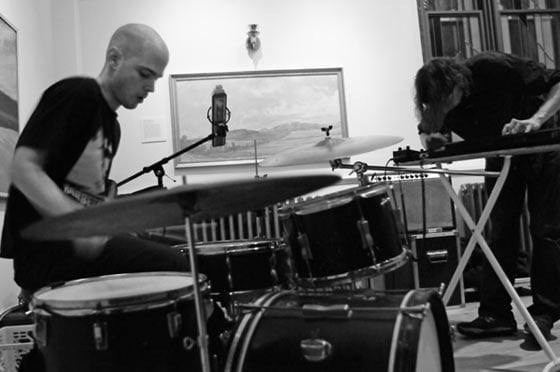 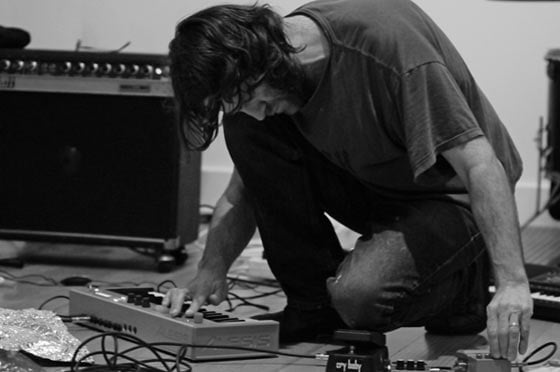