Blast From the Past: The Albany Lark 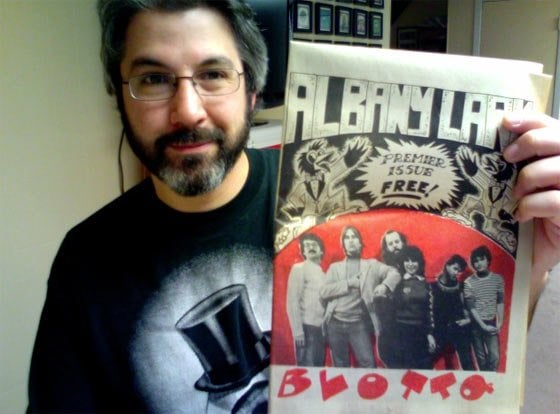 Bert Blotto of Long Island, where he’s the webmaster for Blotto.net, was thrilled recently to snag a copy of the premiere issue of the Albany Lark on eBay.

The Albany Lark – a short-lived humor, music, pop culture ‘zine of the early 1980s – was the handiwork of the great and seriously demented Michael Corcoran, who also wrote about music for some of the more respectable publications during his tenure here in Nippertown during the glory punk and new wave days.

Corcoran is still writing – currently for the Austin American-Statesman – and he’s still as sharp as ever. You can frequently find his writings at austin360.com.

Anybody remember how many issues of the Albany Lark got published?

Robert Cray, What Was the First Album You Ever Bought?