Robert Cray, What Was the First Album You Ever Bought? 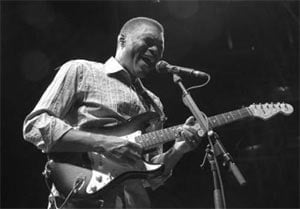 “No, I actually don’t remember the first album that I ever bought.

But I remember the first single that I bought, though. It was a song called ‘A Little Bit of Soap’ by the Jarmels.”

Blast From the Past: The Albany Lark