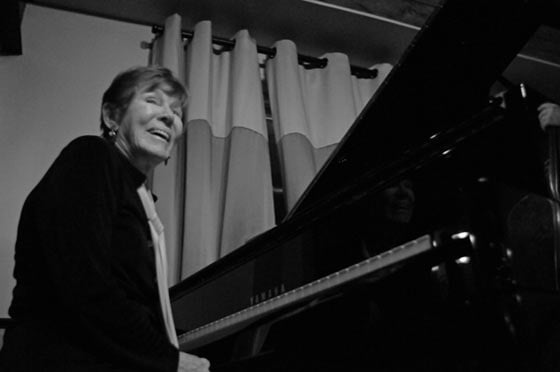 The conversational buzz of the audience in the venerable Schenectady jazz club came to a sudden stop as the Van Dyck All-Stars took the stage last Friday evening.

Pianist Lee Shaw shot a huge smile into the room as she sat down on the piano bench. Rich Syracuse picked up the upright bass and cradled his instrument against his chest. Dave Calarco positioned himself behind the drum kit, looked at electric guitarist Chuck D’Aloia and fired off a readied glance at saxophonist Brian Patneaude.

Kicking off the “Tribute to Nick Brignola” concert in front of a sold-out house of fans, family and friends, the band launched into an impassioned and lyrical version of the old jazz standard, “Stella By Starlight.”

Every member of the band has a direct musical connection with Troy’s own late, great saxophone legend Nick Brignola (July 17, 1936 – Feb 8, 2002). Calarco, D’Aloia and Syracuse were his prime regional rhythm section of the late 1980s, throughout the 1990s and right into the 2000s; Patneaude was an undergrad at the College Of Saint Rose where Brignola taught for many years.

Shaw was Brignola’s friend for years and had played a monumental collaborative-concert date in the early 1990s with Nick, brokered by Don Dworkin, concert promoter and bandleader/bassist with Doc Scanlon.

“Within the jazz tradition, Nick and I created the Van Dyck All-Stars for a series of concerts throughout the 1990s,” says Dworkin. “With the club’s re-opening under the new ownership of Jeff MacDonald, we thought of reviving the tradition and doing a tribute to Nick Brignola at the same time. I talked with everyone, and they were all on board from the git-go.”

So who would fill the saxophone chair?

Don Dworkin explains, “Nick always encouraged talented younger players and often invited them to perform with him in his bands. Look at Chuck D’Aloia. Because of that experience, he says that Nick was like a second father to him. We invited Brian Patneaude to be a part of the Van Dyck All-Stars because he is young, committed to the music and very talented. Brian has already established himself as a original musical voice on the jazz-scene, so we knew he’d be a great choice.”

“It was an honor to be able to pay homage to Nick and be onstage next to Chuck, Rich, Dave and Lee,” exclaims Patneaude. “I had played with all of them before, but never in that context. I grew up listening to Chuck, Rich and Dave play with Nick, and when I really wrapped my head around the fact that I was on stage playing the same instrument he played … with his band … at a tribute to him … well, it was a little nerve racking.”

You certainly couldn’t tell from the audience. Patneaude and the rest of the Van Dyck All-Stars swung hard and played with great conviction as they dug deep into Brignola’s rich repertoire – the music that he loved and performed during his lifetime. Stunning versions of “Body and Soul,” “Donna Lee,” and Dave Holland’s “Backwoods Song,” among others, had the audience jumping in their seats and cheering the band on and on. 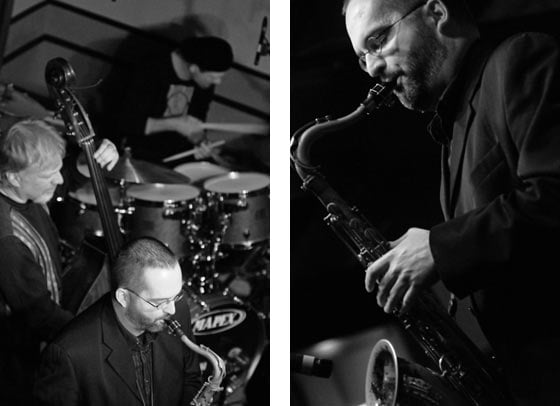 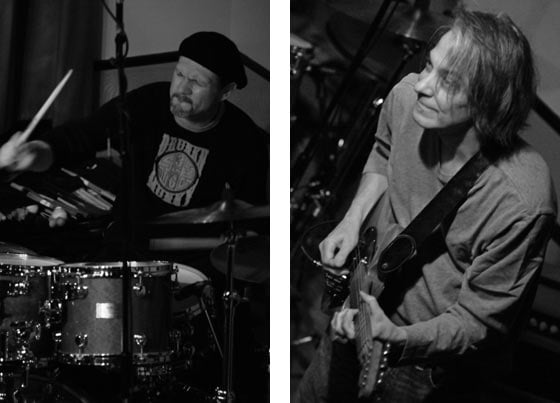 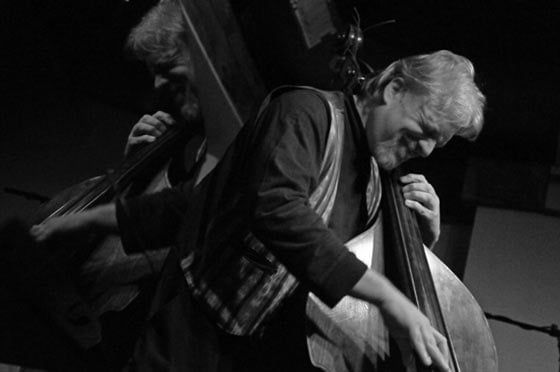