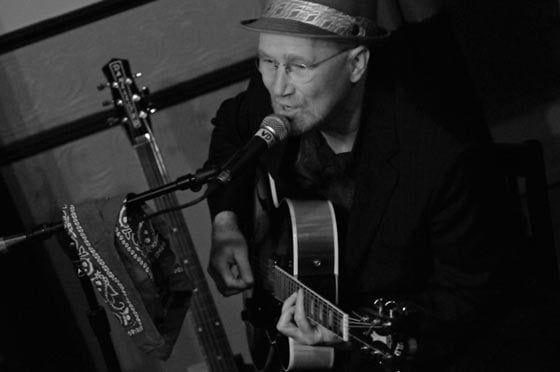 Popmeister Marshall Crenshaw rolled into the Van Dyck in Schenectady last Saturday as a singing troubadour accompanying himself on electric and acoustic guitar, and not as the front-man of a electrified band rattling the chandeliers.

From his first musical break years ago playing John Lennon in the stage production of “Beatlemania” to his film role as Buddy Holly in the Ritchie Valens’ bio-pic “La Bamba” to his first national hit “Someday, Someway,” songwriter and performer Crenshaw has been an original voice that is always changing and evolving within the world of rock ‘n’ roll.

With considerable lyrical warmth and a sense of intimacy (often the domain of coffeehouse folk-music types), Crenshaw delivered emotional and honest songs about himself, life and the human condition – with a few humorous twists and turns thrown in along the way. Much of the material that made up his two solo shows at the Van Dyck was drawn from his newest 429 Records release, “Jaggedland,” a personal term regarding Crenshaw’s occasional state of mind.