By Greg Haymes On Nov 17, 2009
Share
At the start of his show at the Linda on Saturday night, criminally under-appreciated singer-songwriter Grant-Lee Phillips took a good, long look around the theater and told the crowd, “This makes so much sense. This used to be a bank, right? So when a bank goes out of business, you don’t bail them out. You turn it into a music club, and you bail out the folksingers.”

And it’s just as good as Phillips’ plan to join musical forces with the exquisite little Northampton, Mass. band Winterpills.

Phillips told the crowd at The Linda on Saturday night that he nearly drove off the road when he heard Winterpills on his car radio for the first time.

Sensing kindred spirits, he reached out to them, eventually proposing a string of joint east coasts dates: Winterpills would open the show, Phillips would play half of his solo and bring Winterpills back to accompany him for the second half.

The most astounding thing about Saturday’s show wasn’t how marvelously, almost seamlessly Phillips and Winterpills fused their music together, but rather the fact that they’d only met for the first time two nights earlier.

Phillips arrived in Northampton on Thursday night, met the band in a pub and they rehearsed for a couple of hours. On Friday night, they played their first show together at the Iron Horse Music Hall with the full complement of Winterpills.

The next night at The Linda, however, marked the first date of the tour with the stripped-down Winterpills – instead of the usual quintet, it was just guitarist-vocalist Philip Price, electric guitarist Dennis Crommett and vocalist-keyboardist Flora Reed.

After the show, when we asked Phillips about the musical gamble that he was taking by embarking on a tour with musicians that he’d never even met, he simply looked up with a twinkle in his eye and said, “You know, sometimes you’ve just got to trust your gut instincts.”

It was an inspired blend of music, whether the Grant-Lee Winterpills were showcasing gems from Phillips’ new “Little Moon” album (the bouncy “Seal It With a Kiss,” the British music hall-ish “The Sun Shines on Jupiter”), Winterpills’ nuggets (“You Don’t Love Me Yet” was one of the highlights of the night), oddball covers (the Beatles’ “Long, Long, Long,” the Velvets’ “Sunday Morning”) or stellar selections culled from the backpages of Grant Lee Buffalo, Phillips’ magnificent ’90s band (“Arousing Thunder,” “Truly, Truly”).

It was in short, a truly, truly wonderful evening of thinking man’s music – smart, sweet and open-hearted.

Read my review of the show in the Times Union. 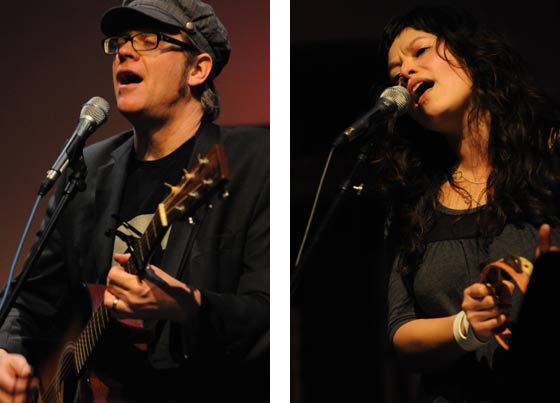 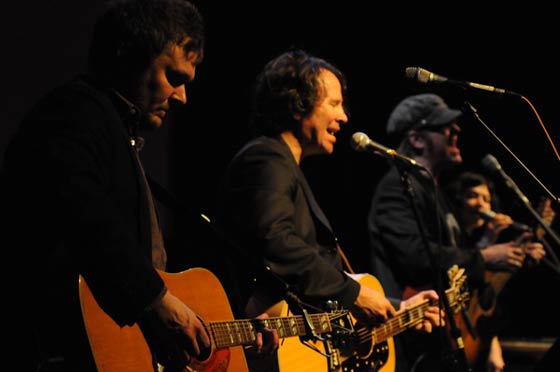