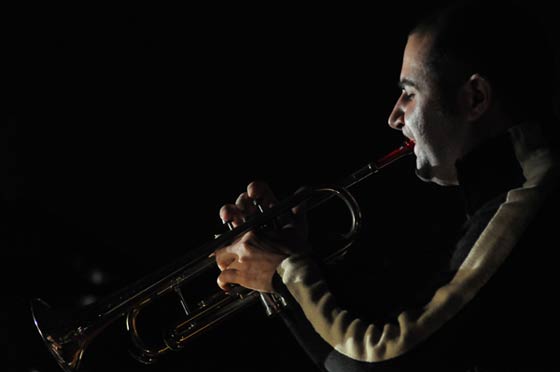 A Place For Jazz finished its 22nd fall concert season with a solid winner of a concert by masterful flugelhornist-trumpeter Steve Lambert and his sextet. Celebrating the release of his debut CD “May,” Lambert and his all-star line-up of regional players presented an evening of his sparkling originals and classic jazz offerings from the album to a full house of admirers at the First Unitarian Society of Schenectady’s famed Whisperdome.

Usually a mild-mannered and soft-spoken man, Lambert had plenty to say with his instrument, displaying considerable subtlety of phrasing and offering up captivating solos. His playing doesn’t have the breaking-glass shrill of a Maynard Ferguson or the melancholy musings of a Miles Davis. Instead, the tone and delivery of his trumpet was even-keeled with a blues tinge in the tradition of a Kenny Dorham, with loads of lyricism and fluid, well-thought out lines.

Accompanying Lambert was bassist Mike DelPrete, who kept his fingers running up and down the neck of the double-bass, while Joe Barna magnificently manned the drum kit – never overpowering the soloists nor the room with his powerful, yet turn-on-a-dime synchronicity with the music.

Holding the piano spot, Dave Solazzo made all who herd him solo realize that this Berklee College of Music graduate wasn’t asleep at the wheel. In fact, he was a driving force in the Ferrari class of musicians.

Straddling Lambert on both sides were exceptional saxophonists Keith Pray and Brian Patneaude, who took no prisoners with their powerful and passionate respective alto and tenor solos.

On that Friday night, the Lambert Sextet could have played Carnegie Hall or Lincoln Center, and nobody there in attendance would have been asking where’s Wynton, Branford, Redman, Watts, Werner or whoever. This was the real deal. 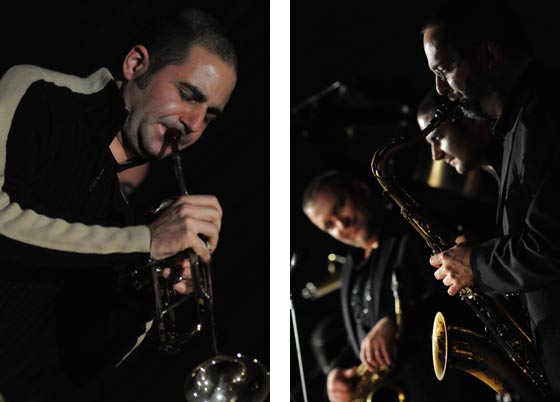