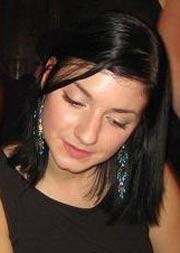 Nippertown-based record company The Rev Records celebrates its third anniversary this month with a new release by one of the local label’s flagship artists, singer-songwriter Laura Boggs.

Boggs’ new CD, “Murder Ballads and Lies,” will officially be released on Thursday (November 19) – three years to the day of the release of her debut disc, “Whiskey & Springtime,” which was also the first release on the Albany-based The Rev Records indie label.

Boggs and The Rev Records will both be in celebratory moods on Saturday (November 21) for the CD release party/label anniversary party at the Bread and Jam Cafe in Cohoes.

Produced by The Rev recording artist Jonathan Krakat, the CD is a family affair, featuring contributions by labelmates Tom McWatters and Krysta Dennis, in addition to Boggs’ longtime collaborators Mike Hotter and Megan Prokorym (of knotworking and Swamp Baby). And keeping it all in the family, Boggs even serves up a rendition of McWatters’ tune “27 Times Around The Sun,” which appeared on his debut solo album “atomicwaters,” released back in March.

“When Laura told me she was working on a new record, I thought this would be the perfect way to release it,” says Harith Abdullah, head of The Rev Records. “Her first record really represented the reason we were starting a label, I thought. So this new one, which sounds amazing, is a nice reminder of that.”

McWatters will open for Boggs at the CD release party on Saturday, November 21. The show begins at 8pm, and admission is free.