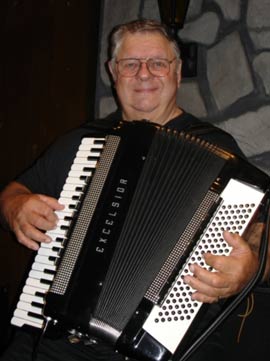 On Saturday, November 14, Fred Scherz Sr., accordionist and founding member of Fritz’s Polka Band from Verona, NY passed away after a brave battle with liver cancer. He was 79 years old.

“I am absolutely crushed by my dad’s passing,” said Fritz Scherz, the current bandleader of FPB. “My dad was a real role model, and I learned so much from him.”

In 2004, the elder Scherz became the first New York State musician to be inducted into the Cleveland-Style Polka Hall of Fame in Euclid, Ohio.

His last performance with Fritz’s Polka Band was October 1, at a taping of “The Big Joe Polka Show” television show in Buffalo.

Fritz’s Polka Band has been performing for more than three decades and recorded 17 albums. In 1999, the band became the first polka band to perform at a Woodstock Festival in Rome. The band appears on “The Manchurian Candidate” DVD, which was released in 2004.

Ray Davies, What Was the First Album You Ever Bought?