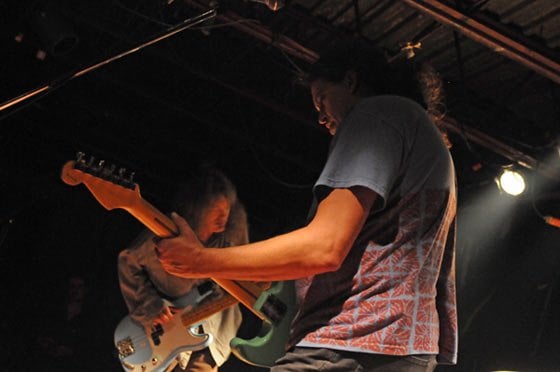 In The Daily Gazette (Schenectady), John Dworkin wrote:
“They hit the stage and immediately launched into a number of formulaic, rock-radio-friendly tunes featuring brother Curt’s relatively indistinctive brand of psychedelic hard-rock guitar-hero wailings; think power trios like Cream or Robin Trower without the blues influence or nuance. ‘Plateau’ (covered by Nirvana) started to get the momentum going. Then later with ‘Up On The Sun’ Curt really tore into an extended, effects-laden freak-out, piling everything on, reverb, delays, tapping and wah combining to create a kind of bowed effect. This was the highlight of the first part of the show, eliciting the biggest reaction from the crowd up to that point.”

In The Times Union, Michael Eck wrote:
“Friday was all about Kirkwood’s guitar solos and big noise rather than open space. The band rocked, no doubt, but that’s often all they did. ‘Up On The Sun,’ the seminal title track from the trio’s 1985 breakthrough album didn’t have its stoner lilt, even though Cris Kirkwood’s loopy, longhaired bassline did try to peek through. And ‘Lost,’ a road anthem from 1984’s ‘Meat Puppets II,’ didn’t have its stereoscopic harmonies and desert drive. What both did have were ramshackle endings that morphed into jams that nearly redeemed the phoned in performances of the songs themselves. At the close of ‘Sun’ Kurt was pounding his guitar with both his fists to wrangle just a little more sound out of it.” 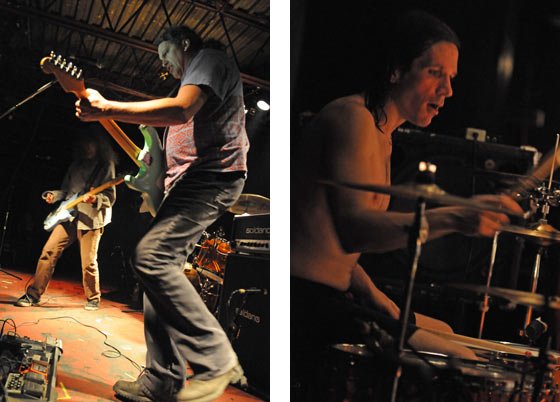 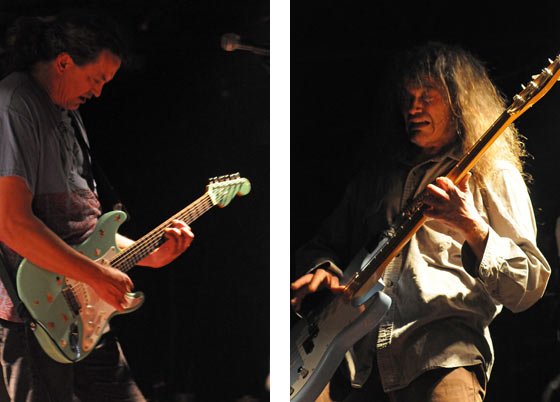 Photographs by Andrzej Pilarczyk – click here to see more of his photos from this show.

Guitar Wars, Round One