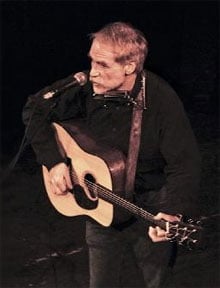 1. THE FIRST ALBUM I EVER BOUGHT WAS … “Another Side of Bob Dylan”

2. THE FIRST CONCERT THAT I EVER SAW WAS … probably a country western show like Hal Lone Pine or Dick Curless, both very popular in Maine in my youth

4. THE FIRST SONG I EVER PERFORMED IN PUBLIC WAS … probably some old standard like “Till We Meet Again.” I was so young I can’t recall.

Maine’s premier singer-songwriter David Mallett steps into the spotlight at The Linda in Albany at 8pm on Saturday (December 12) in support of his latest album, “Alright Now,” on North Road Records.

“Home”: A Thank You From Around the World