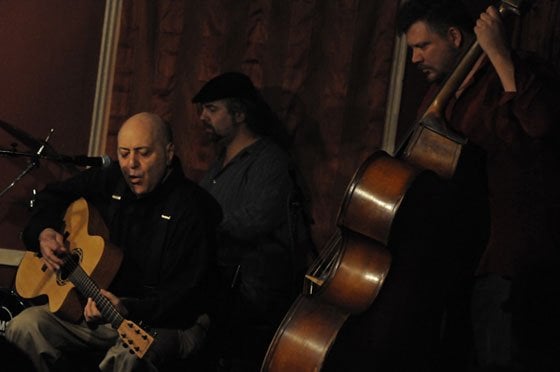 After his sound check, legendary blues and folk performer Danny Kalb shot a quick glance at drummer Mark Ambrosino and nodded approvingly to bassist Matt Hughes, who was subbing for Kalb’s brother, Jonathan. With an endearing smile, Kalb got up and stepped off the small Caffe Lena stage to warmly greet some of the fans and friends that had already taken their seats.

At age 67, Kalb has come full circle from his Greenwich Village beginnings as a solo acoustic bluesman (in the company of Dave Van Ronk, Phil Ochs and Pete Seeger, among other defining voices of the early 1960’s) through co-founding seminal NYC-based super-group the Blues Project with Al Kooper, Steve Katz, Andy Kulberg and Roy Blumenfeld (at that time affectionately called “The Jewish Beatles”) and back to playing, touring and recording as a solo performer and elder statesmen.

With the lights turned down low, the Danny Kalb Trio took the stage and wove two mesmerizing sets of laid-back acoustic blues, heart-felt folk songs and even an Elvis Presley number, a special tribute to Kalb’s all-time favorite musical hero. Even though Kalb is better known as an interpreter of other people’s music, he revealed to the audience that he had written a dozen or so tunes, and he intends to write more for a future recording. Much of the material performed that night came from his most recent album, “I’m Gonna Live The Life I Sing About” on Sojourn Records. 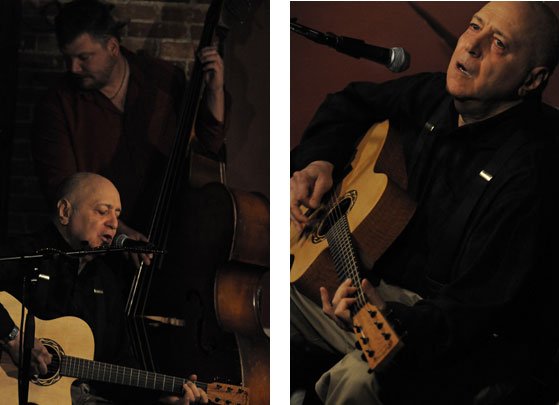 Song of the Week: Journey To The Center of Your Mind