I’ve been a little busy putting Nippertown together this year and I haven’t had much time to work on music, so I’m pleased to announce that I’ve got some new album downloads available and they’re free: 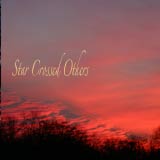 Star Crossed Others is the first release from what I hope will be an ongoing collaboration with Oleg Gaponov and Oleg Tolstolutsky of Rostov-on-Don, Russia. These contemporary songs and meditations on time, memory and loss are flavored with the rich musical traditions of the Cossacks, ranging from straight-ahead folk-rock to exotic sound collages. You can download the album here. The two Olegs are accomplished multi-instrumentalists with rich musical resumes; their current band is Don Romance, a project that sets the lyrics of exiled Cossack poets to new, traditional music. 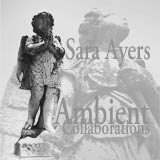 I’m also pleased to announce that Nathan Larson’s Endless Ascent netlabel has released Sara Ayers: Ambient Collaborations, a compilation of ambient works I’ve created over the past ten years with stellar musicians from around the world, including Ryuta.K, Falling You, Jeff Sampson, Mindspawn, Nebula Drone and Star Crossed Others. Sonically, it’s all over the map as well, with pieces ranging from wistful, barely-there motifs to dark and wailing walls of sound. This release is a free download as well, although if you enjoy it, you might make a small donation to Nathan, who has been offering free album downloads of unconventional music gems since 2002, to help support his web hosting costs. 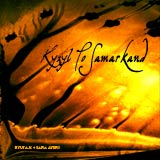 Aaaaaannnd, a special bonus: Last year, I released Kyzyl to Samarkand, a collaboration with Japanese dark ambient experimentalist Ryuta.K. Now Ryu and I have agreed to offer it as a free download. The music of this 51-minute, 5-song project is foreboding, ethereal, plaintive and dense; diaphanous vocals float over surreal beds of field recordings, molten noise and nervous guitars, evoking the sound of an ominous yet ecstatic journey on a pan-Asian silk road.