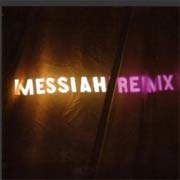 Okay, I guess the cat’s out of the bag – I don’t like Christmas music. At all. Not even the pretty songs, like “O Holy Night,” and especially not the easily-shmeazy-listening tunes that clobber me over the head every time I set foot in public – the doctor’s office, the grocery store, piped over speakers at the gas station and everywhere you look on television. Honestly, if I never hear “Little Drummer Boy,” Paul McCartney’s “Wonderful Christmas Time” (shudder) or “Jingle Bell Rock” again, it’ll be too soon.

Don’t get me wrong – if you enjoy it, more power to ya – and I do remember loving it as a child and singing Christmas songs as part of the the excitement and anticipation of the season.

But I’m a little older now, and I’ve heard these songs hundreds of times. Now, between Christmas creep and the availability of tiny, inexpensive speakers, it’s everywhere. Inescapable. Oppressive.

There is, however, one CD that I usually listen to at least once a year during this season: “Messiah Remix” If you had a dream about a performance of Handel’s “Messiah,” it might sound like this. Released in 2001 on Cantelope Records, it features Tod Machover, Eve Beglarian, Scanner, dalek, Paul Lanksy and 6 other musician/composers who have chopped up, rearranged and revisioned a recording of “Messiah,” with small recognizable snippets of the original peeking through here and there. It’s definitely Out There (at times it sounds like the CD player is having a nervous breakdown) but if you sink into it, the result is something magical, wintry and faerie-like.

You can hear samples here.